Triplett History of Our Company

In 1938 Roderick Triplett, Jr. left the College of William and Mary where he had been studying law to follow in his father’s footsteps in the legal profession. The Great Depression was coming to an end and his father told him there was not a lot of money to be made in white collar work at that time.

This is when he began a career in the plumbing and heating profession. In 1958 he saw the need for quality professional services in Portsmouth and Norfolk. He began our company R. Triplett, Jr. Plumbing and Heating from his home in Portsmouth.

As the business began to grow, in1961 he bought a small building on Peninsula Avenue in Portsmouth, to use as a shop and office. In the late 1960’s he moved the business to a larger building on Mount Vernon Avenue where the business expanded and his two sons joined the company.

By 1979 the company needed larger warehouse and office space to service our growing customer base. A new 4000 square foot building was constructed on Mount Vernon Avenue and the business relocated that year. Four years later in 1983 a 2000 square foot addition was added. During the late 1980’s and into the early 1990’s, numerous builders the company had been providing services to declared bankruptcy. This played a major role in R. Triplett, Jr. and the family’s decision to downsize the company to a size where we could continue to provide the quality plumbing, heating, cooling service, installation, and repairs our customers had come to know.

To this day Triplett continues to provide the finest plumbing, heating, and cooling services for our customers throughout the Hampton Roads area.

We look forward to meeting with you and your family to provide that same quality service many of your neighbors have come to expect from us.

Click here to Schedule service, obtain an estimate, or a second opinion 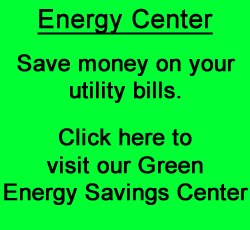